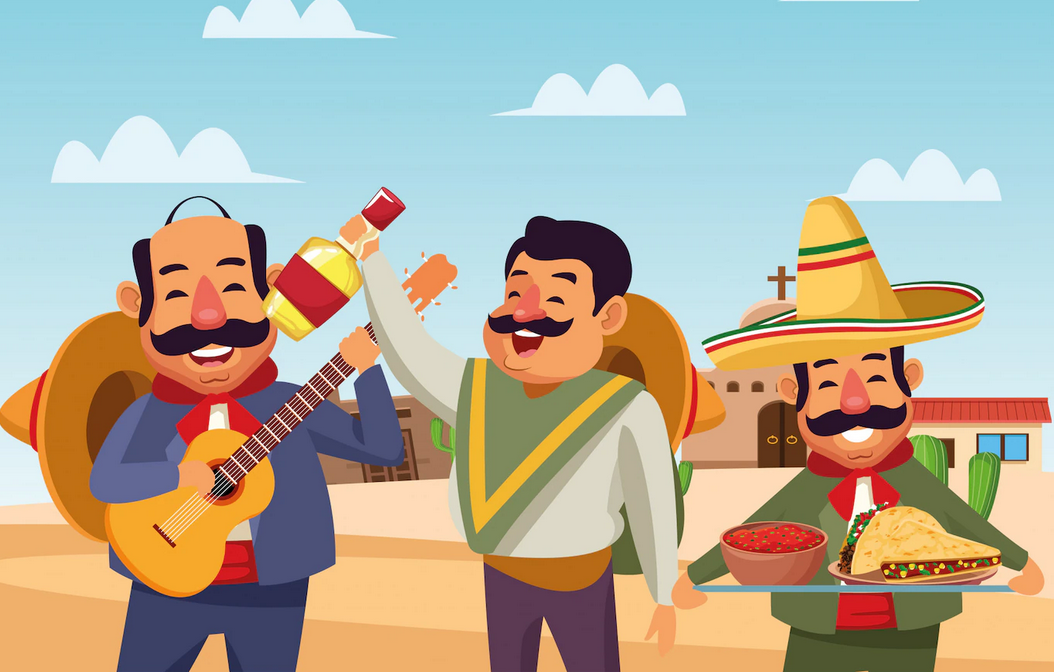 Cinco de Mayo is a time of great gatherings for Mexicans and those abroad! Popularized in the 60’s by students in the USA, the holiday has become a day to honor one’s origins and Mexican heritage.

Contrary to what one might think, Cinco de Mayo does not mark the independence of Mexico but commemorates the victory of the Mexican army over French troops in the battle of Puebla in 1862. Puebla is a charming colonial town in the shadow of the Popocatépetl volcano, a two-hour drive from Mexico City.

On this occasion, the event is celebrated every year in the town of Heroica Puebla de Zaragoza (the honorary title given to the city). Thousands of residents participate in the spectacular parade; Mariachis play in the streets accompanied by dancing and fireworks, attracting more than one million visitors!

The success of Cinco de Mayo can also be attributed to the Chicano student movement (Mexicans in the United States) who, in the 1960s in California, were looking for a common holiday that would highlight their Mexican ancestry. Over the years, the tradition has taken root, and countless American cities participate in the festival!

On this occasion, we suggest you discover the recipes of “Chilaquiles Verdes y Rojos”, a traditional Mexican dish to start your day.

In a pot of boiling water, cook the green tomatoes, onion, and chilies for 5 minutes. Then grind the cooked ingredients with the garlic and coriander until smooth.

In a frying pan, add the vegetable oil and fry the sauce; cook for 5 minutes and set aside. Heat a deep skillet first for the tortilla chips, then heat enough oil to fry the chips for 3 minutes.

To assemble: Place a base with the tortilla chips and shredded chicken and add the hot sauce on top. Serve with cream, cheese, and sliced onion.

Add the vegetable oil to a saucepan and heat over medium heat, then pour in the sauce and cook for 5 minutes. Reserve the sauce for the red chilaquiles.

Add enough oil to a skillet and heat over medium heat, then fry the tortillas into triangles for 5-8 minutes until golden brown and crispy; remove with a skimmer and place on a plate with paper towels. Set aside.

Serve the tortilla chips on a plate, dip them in the sauce, and add the shredded chicken, cream, grated cheese, red onion, and chopped coriander.

Come and celebrate Cinco de Mayo next to Mexican music and delicious Mexican cuisine at the Mexican Tianguis! The tinguis is a typical Mexican market where you will find many things including dishes like tacos, churros, and lots of other Mexican treats!